Collusion is a collaborative game in which the players work together as Special Agents investigating the various Trump campaign Russian collusion scandals. By tailing suspects around the world and conducting investigations, the players try to deduce the suspect, scandal and scene cards in the Guilty Stack before time runs out.

Was it Michael Flynn in the Obstruction of Justice at the Russian Embassy? Or was it Donald Trump Jr. with the Leaked Hillary Emails at Trump Tower? Bring the correct indictment to save the country—and win the game!

It is available as a card game to play with friends.

You can find the card game on Etsy! 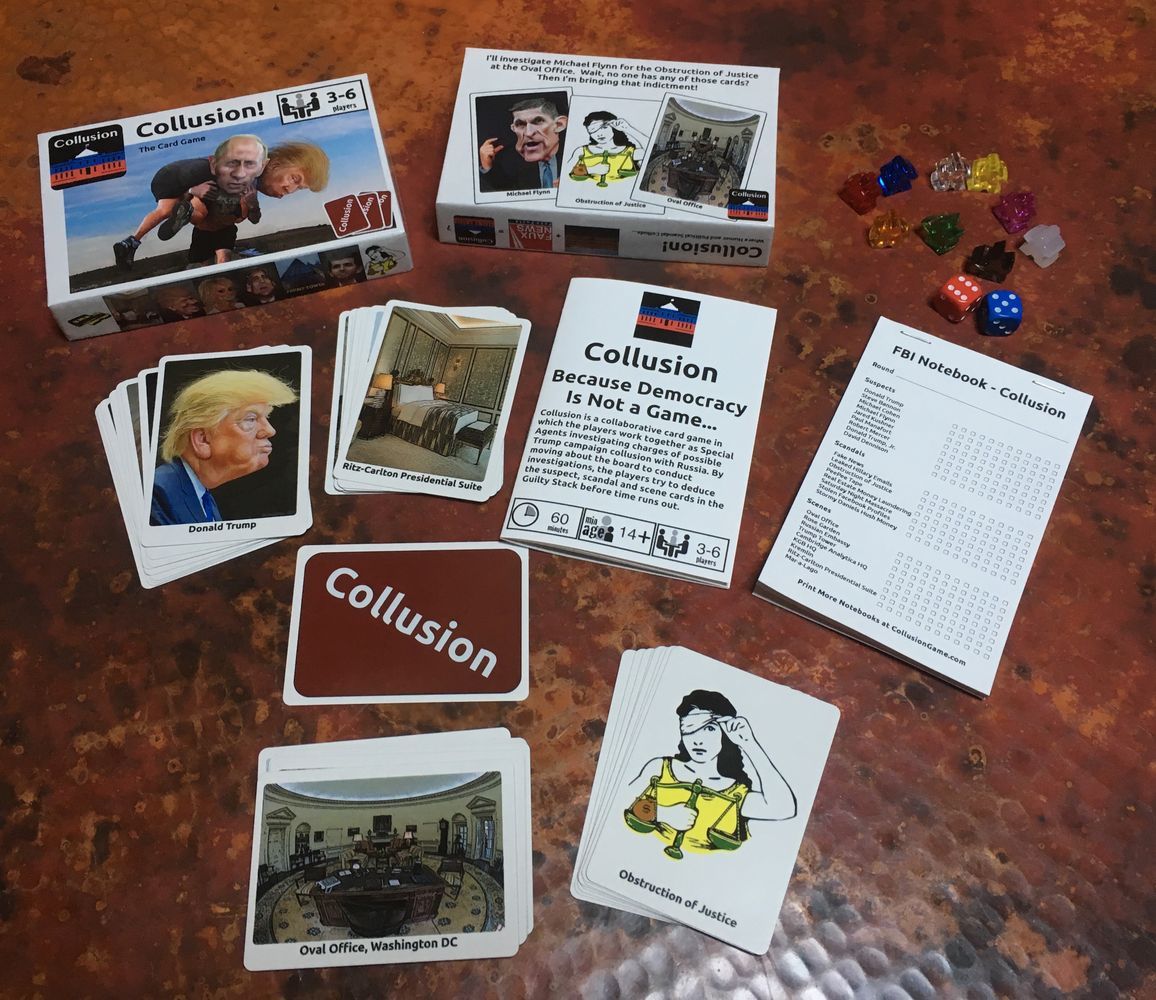 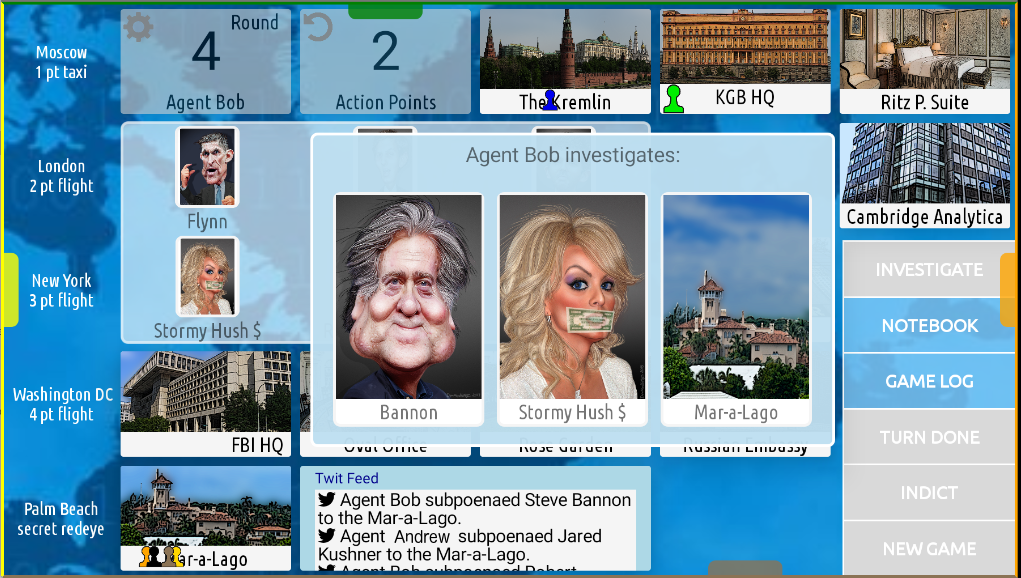 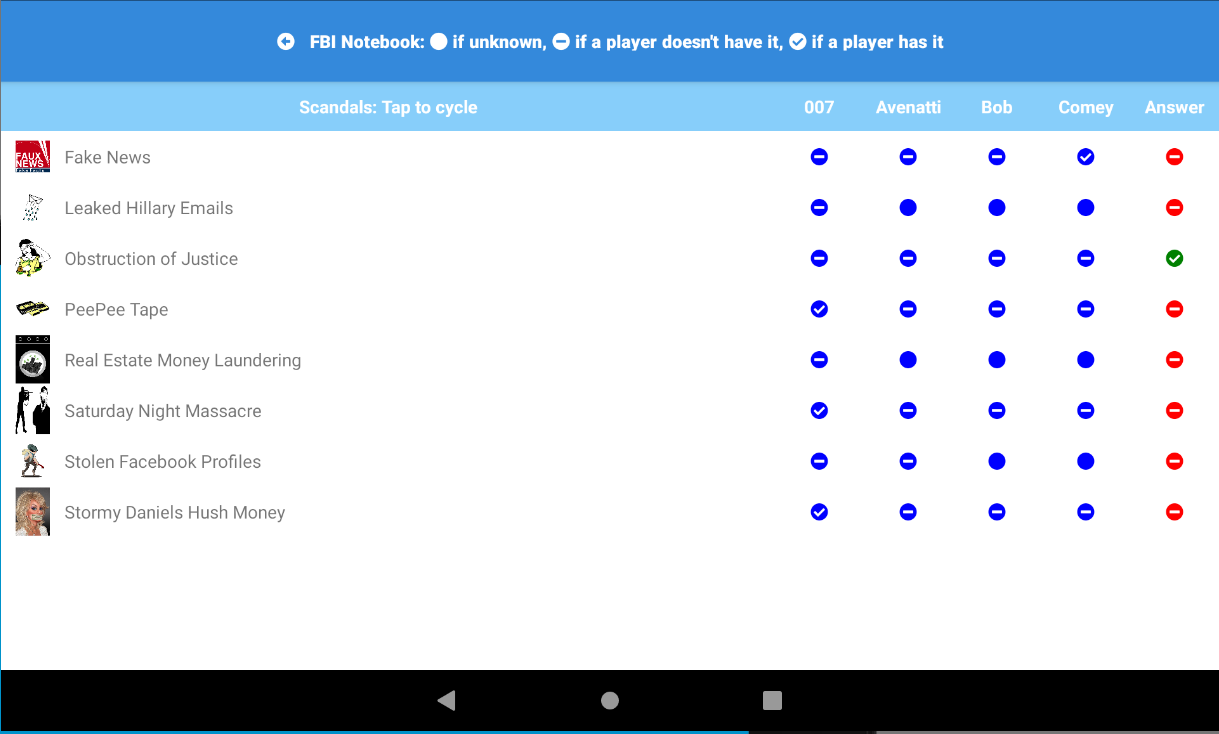 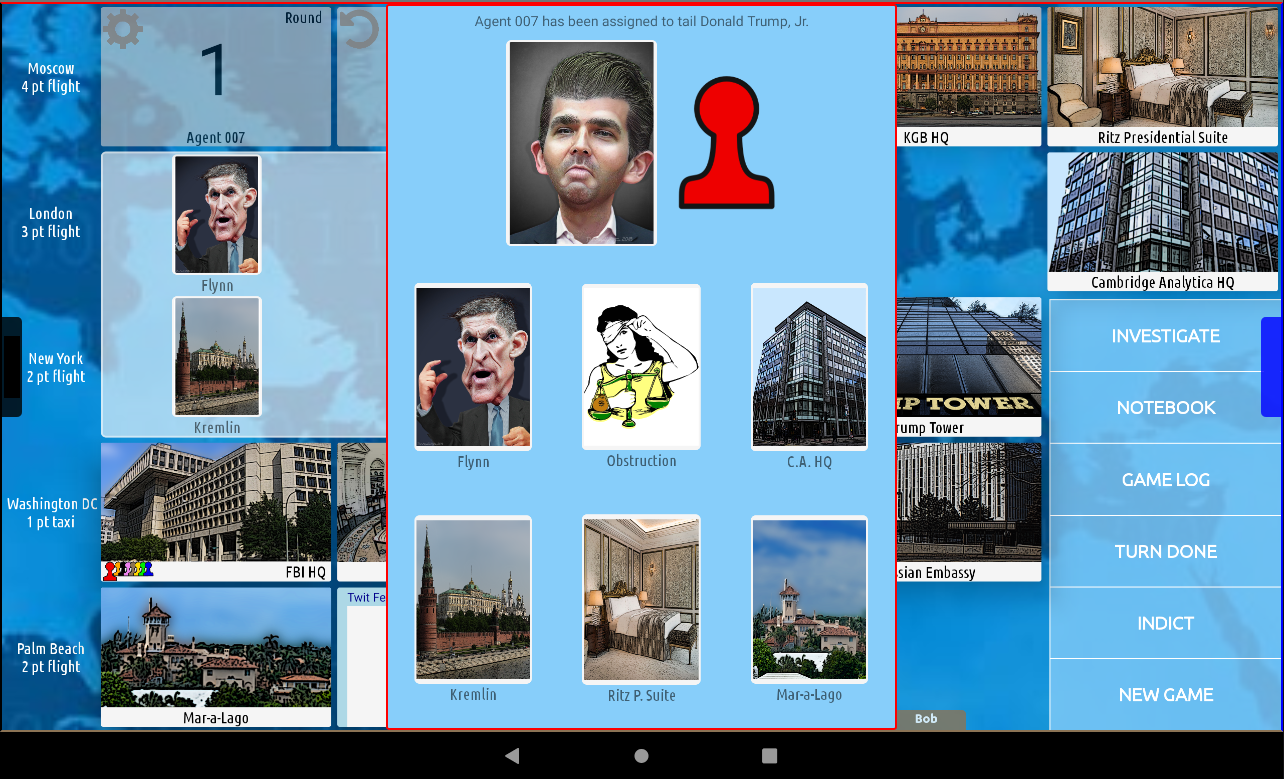 Need more information before purchasing? You can now read The Rules of Collusion (pdf) online.

A portion of the profits will be donated to charities that mitigate the damage Trump has caused.

If you like the game, Please Remember to Vote!